Don't Close Your Eyes, Try Not to Breathe, Writing 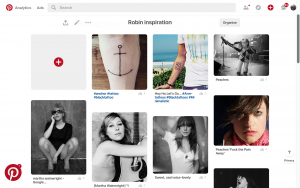 Last week I shared some handy tools and techniques for planning a novel and because I’m literally currently doing this, I thought I’d follow up with the next step: planning characters.

Most of my books have a small ensemble ‘cast’ but I tend to start with the most ‘active’ voice and build that character first, the other characters are formed almost as ‘answers’ to that first character.

In Don’t Close Your Eyes, which features twins with equal billing and points of view, I started with one character (Robin) and then built the others using her as a starting point. The reason for this was simply that Robin came to me almost fully formed, so I had a running start. It’s not always that easy!

In Try Not to Breathe, I started with Amy. Although in the present day she is definitely not the most active, Amy’s point of view opens the book. And because the central question of the novel is ‘what happened to Amy?’ it was vital that she really came alive for the reader straight away.Readers have to care about what happens to a character, and you can’t care about someone you know nothing about.

END_OF_DOCUMENT_TOKEN_TO_BE_REPLACED

I’m over the moon to announce that the UK audiobook of Try Not to Breathe (Bolinda) has been shortlisted for the prestigious Crimefest Audible Sound of Crime award.

The shortlist for the six awards have been revealed, ahead of the Crimefest Gala Awards Dinner which will take place in Bristol on 21st May.

Listen to an excerpt of Try Not to Breathe now.

Translations, Try Not to Breathe 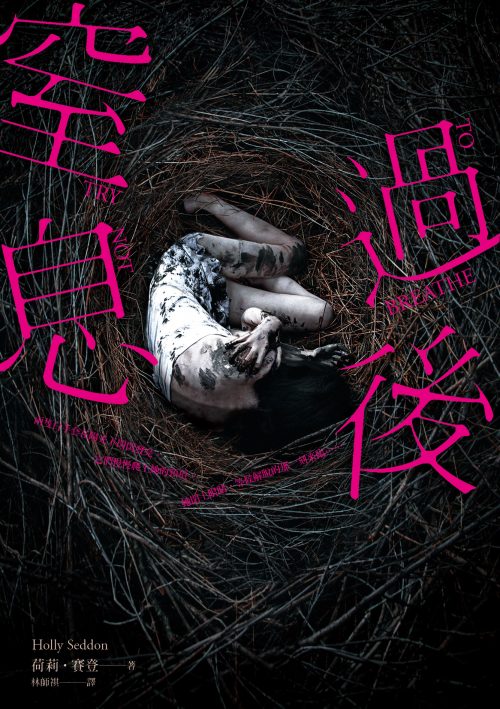 Isn’t this gorgeous?! Never mind that my favourite colour combination is black and pink (and only partially to do with the Pink Ladies from Grease), it’s so cleverly constructed and evocative. I just adore it.

Try Not to Breathe is out in Taiwan in May, published by Crown publishing.

I’m so chuffed to find out that Try Not to Breathe was the ninth most downloaded ebook by Amazon customers in Australia and New Zealand last year.

END_OF_DOCUMENT_TOKEN_TO_BE_REPLACED 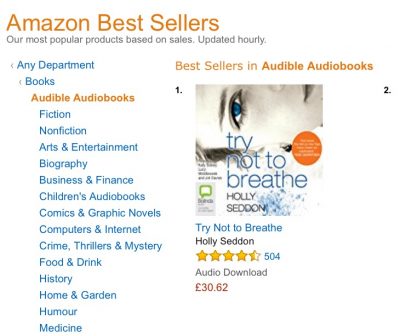 I’m over the moon to say that Try Not to Breathe is currently the number one bestselling audiobook on Amazon.co.uk.

I love the way the vocal actors bring my characters to life in this version, and if you’ve not heard it yet it’s currently just 99p.

I love listening to audiobooks myself, especially on long trips. With a lot of schlepping about coming up for Christmas, I hope that Amy, Alex and Jacob can brighten a few of your journeys.

Download Try Not to Breathe the audiobook for 99p.

Translations, Try Not to Breathe

The French version of Try Not to Breathe (Retiens ton souffle) was published this week by City Editions. This is the only translation that I have any grasp of the language (that’s putting it kindly) so I’m intrigued to see how far my schoolgirl French gets me with it… 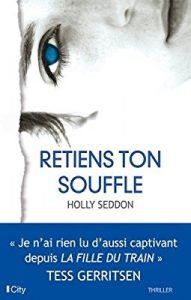 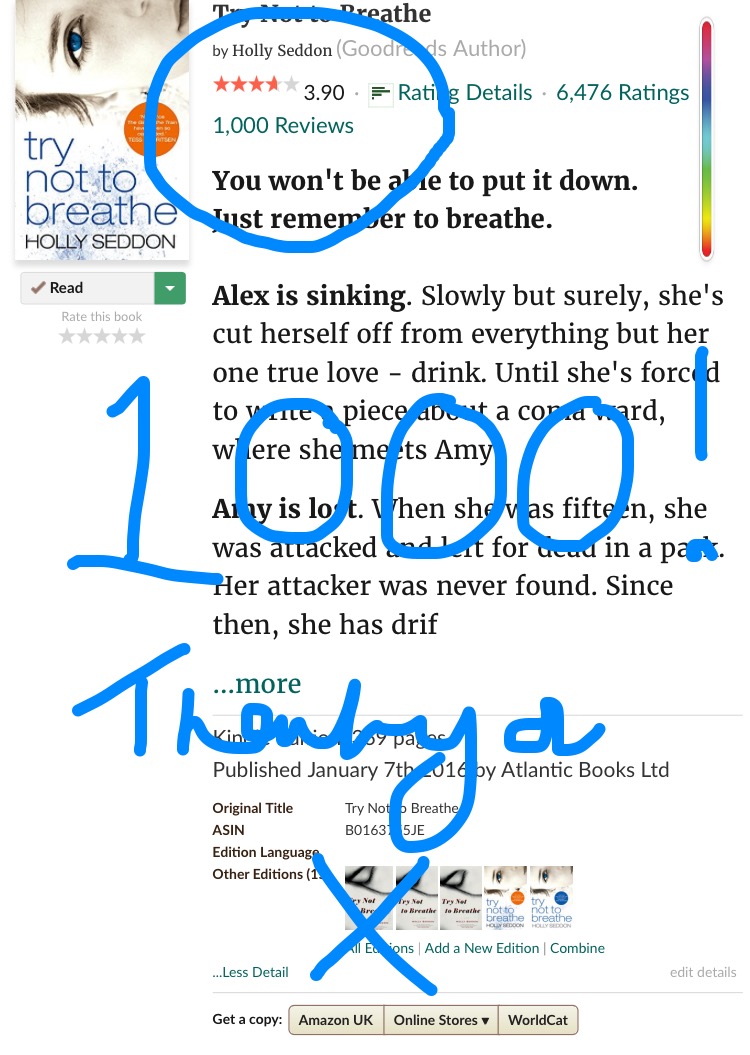 I got my first Goodreads review in June 2015. It was a bolt from the blue. Being a debut novelist, every step of the process was a mystery and this was just one more. I had no idea that I’d get a review eight months before the book was even released. Fittingly – as it arrived a month before I was due to move with my family to Amsterdam – it was in Dutch. I copied and pasted it into Google Translate and – thank goodness – it was a positive one. I could breathe.

I forwarded the link to pretty much everyone I knew. And the next one, and the one after that. I didn’t realise, I didn’t ever consider, that they would ever appear too quickly and in too great a number to keep sending them individually to the many people who worked on the book with me. But they did.

I refreshed the page hourly for weeks, probably months. Every time someone liked it, I wanted to thank them personally. Every time someone didn’t, I wanted to explain, plead the case for my characters. I LUCKILY managed to do neither. Eventually, I learned just not to look. It’s not good for the heart, and definitely not good for the work in progress.

But I do log on to answer any questions or update my author page and so I have seen the review number tick steadily up. And I still can’t believe that it’s hit this number, but it has. And I’m incredibly grateful. To everyone who has taken the time, enthused and fed back. THANK YOU. I promise you, if you ever wondered, authors are grateful to each of you even if we can only look at what you wrote through our fingers after a couple of tequila shots.

Competitions, Try Not to Breathe

Win a signed large print edition of Try Not to Breathe 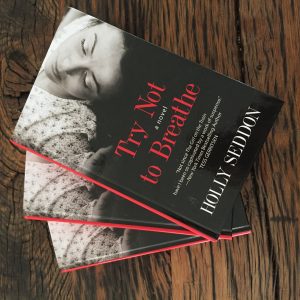 I have three signed copies of the large print edition of Try Not to Breathe up for grabs. If you know someone who would benefit from the larger text, please do enter to win a copy for them. And, of course, you’re welcome to enter for yourself too!

END_OF_DOCUMENT_TOKEN_TO_BE_REPLACED

Try Not to Breathe is out in paperback 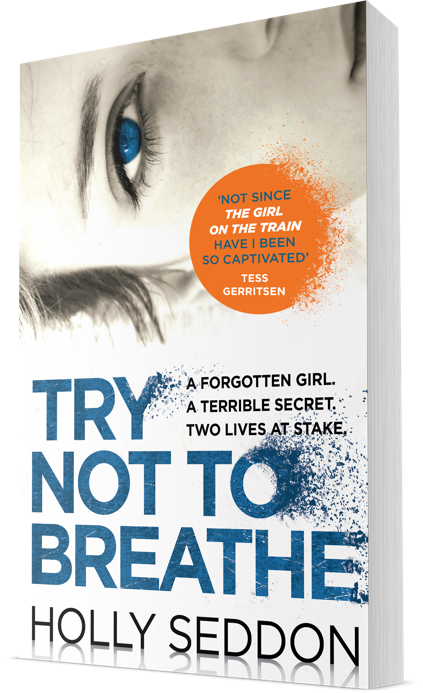 My debut novel Try Not to Breathe is out in paperback across the UK and Ireland today. There are posters in tube stations. Posters in tube stations! There are special promotions planned (more on those soon), and you can pick up my book in all good online and offline bookshops, WHSmith and most supermarkets including Sainsbury’s! (I’ll not wang on about the significance of that again.)

The stupid thing is, I don’t really know what to say. This is everything. I think somewhere along the line, I must have rolled a six.

Thank you to everyone who has already bought or borrowed the book, thanks to everyone who has talked about Alex and Amy, encouraged others to buy their story and put up with me awkwardly promoting myself in a way that does not come naturally to a Brit.

Try Not to Breathe out in paperback one week today!

In October 2014, Atlantic/Corvus bought it.

In January 2016, the hardback and ebook were released in the UK.

Now finally, over six years after I first sat down and typed the (original) first words, “the ward was trapped in a pregnant pause,” Try Not to Breathe is coming out in paperback.