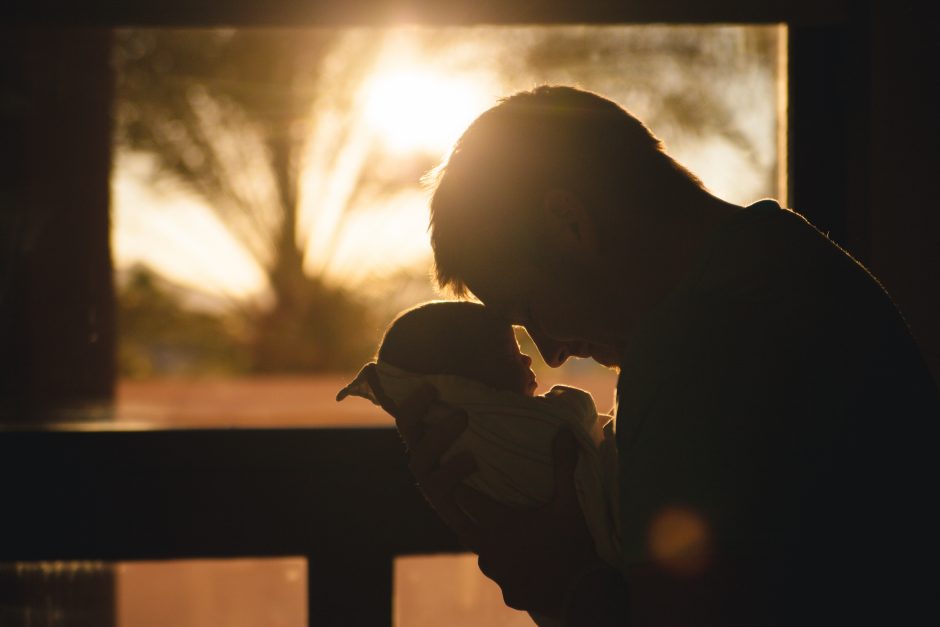 “There’s something I need to say,” I whisper to my husband, Peter. He looks up, sees my expression and puts his cup down. It clatters on the saucer like teeth.

“I don’t know how to say this.” I say. I start to shiver. The letter in my hand crunches into a bow tie shape. Peter’s face remains passive, waiting. I grow cold. “It’s Sam,“ I say. My husband’s eyes widen, as they always do when we talk about our boy.

“Sam’s not your biological son”.

Peter doesn’t look angry. He looks caught out. He looks the way I should look.

For a moment, we stare. I hear my heartbeat in my ears and up my neck. I see beads of sweat form and fall on the side of his head.

When I first woke up seventeen years ago, I had no recollection of Peter, my husband. He held my hand like it was the skeleton from a leaf. I thought, how could I forget a touch this gentle?

They told me that I had been in a serious car accident. They told me that my husband had sat at my bedside every day since. That he had waited so patiently for me to wake up. And they told me not to worry, that my baby was absolutely fine. And I said, “Baby? What baby?”

My parents were so happy that I had woken up that they waited weeks before they shared their sadness. “Why didn’t you tell us you were getting married?” they asked. I held their hands like they were leaf skeletons and I said: “I have no idea.”

“What did we do?” they asked, but none of us knew.

And they were so happy about Sam. Our robust baby.

Sam is nearly a man now. A strong, smiling, broad shouldered almost-man. Peter is so proud of him, his boy. My boy. We love him tremendously.

I could not forget it. I had forgotten so many other things in my life, but I could not forget this. The only reasonable explanation was that I was unfaithful to my husband, in the black soupy period that blots most of my early twenties, right up until I woke up and said “Baby? What baby?”

I felt guilty for nine years after that doctor’s appointment. Until last week, when I got this letter.

My husband was a scientist. He gave it up to raise my son. But scientists are like alcoholics. You never meet an ex-scientist. Peter had observed our son. He fixed his eyes on him the day he was scooped from my middle while my still numb legs lay like slabs on the surgical table. Peter never looked away. His boy. How he loved and cared for his boy.

When Sam started at school, chunky little legs dangling from navy shorts, I got a part-time job in a local florist. Whatever I was capable of before, the damage to my brain meant I was no longer capable of it. I was capable of working part-time in a florist. I helped with the displays and learned the name of every flower, every grass and all the colours of the ribbons.

I never asked how we paid for our home, or our food or how we kept the house warm and the lights on. My flower money went on clothes for myself, bits and bobs for Sam and flowers. I got a discount on flowers.

“What will happen to Sam?” I say, shaking so much now that I nearly drop the letter.

Peter frowns. “Nothing will happen to Sam,” he says. He picks his cup back up, slowly. I wonder if he is working hard to stop it from shaking. “Susan,” he says. “Who is that letter from?”

“It’s from one of the others,” I say. And I see his shoulders sag as he asks, “which one?”

“Huh,” he says, as if this is exactly what he would expect from Julie.

“And how did she find out?” he asks, suddenly curious.

“John,” I say. “He confessed everything.”

“I always thought he was.”

“It was hardest for him,” Peter says. “The assignment, I mean.”

“The assignment.” I repeat his word back to him and he takes the letter from my hands and places it on our table, a table I didn’t remember choosing but had never replaced. He flattens it out and reads it, nodding at some parts and shaking his head at others. Then Peter takes my hands in his, and he holds them like leaf skeletons. And I think, “how can he still touch me like this, if he didn’t mean any of it?”

“The assignment ended long ago,” Peter says, “I chose to stay.”

I don’t know whether to believe him, because someone’s been paying our bills all this time and it wasn’t me.

“Did you do it?” I ask, and he tilts his head, unsure. “Did you knock me out and ‘inseminate’ me?” I say, borrowing Julie’s words and hooking my fingers into quote marks. For a second, he looks angry, because I have reduced his science to something crass. His hands squeeze mine just slightly but then he loosens them again and says, “no.”

“The implant?” he says, and the casual tone knocks the wind out of my lungs. I nod.

“So it was a success?” I ask, stating the obvious as I know I often do. The endless patience Peter has for my circles and loops now makes more sense.

“Yes,” he says, and then he frowns, “but they stopped developing it further,” he says. I look at my hands, still lying in his. “It was too expensive,” he explains.

“So the experiment really is over?” I ask. He smiles, like I’ve said something endearing, and nods.

“You volunteered,” he says. “And you were paid,” he adds.

“Where’s the money that I was paid?” I ask, curious, as we’re pulling back the sheets to get into bed.

“Well, some of it went on this house and for family things. We’ve lived off it,” he says.

“I would never let anything happen to my boy,” he says.

In the pause, the sound of Sam’s TV bubbles through the wall as Peter picks up my hand and holds it like a leaf skeleton.