The best crime and drama podcasts… according to me 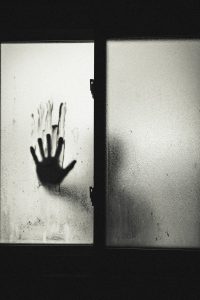 I’m a sucker for a podcast, and not just my own. My podcast habit started, as I think it did for many, with the first series of Serial. Serial offered the kind of compelling water cooler moments that used to happen with linear once-a-week TV. Writing my own crime drama podcast is very much on my to-do list when I finish my latest book but in the meantime, here are a selection of the podcasts I’ve enjoyed the most recently.

I’ve only just started this and I’m utterly hooked.

In 1982, devoted mother Lyn Dawson went missing. Her husband, high school sweetheart and former sports star Chris, claims she joined a cult. Just a few days later, Chris – a P.E. teacher – moved his teenaged babysitter (and pupil) into the house. Two separate coroners have ruled the Lyn was killed by Chris and yet no one has been arrested for her murder. This is a terribly sad and incredibly compelling story expertly woven by seasoned journalist Hedley Thomas.

Fiction presented as reportage with excellent production values and a menacing premise.

Ten years ago, over three hundred men, women and children disappeared from a small town in Tennessee, never to be heard from again. What happened to them? And what strange experiments were going on in the town? Limetown follows the investigation by reporter Lia Haddock who – as all good protagonists do – gets herself very much caught up in the story. Genuinely scary at times, moving too, there’s a whole series one to listen to and a second series on the way.

What starts as a true crime investigation becomes something very different.

‘J0hn’ hates the small minded, dusty little Alabama town that he’s lived in all his life. A committed climate change activist, a relative liberal in a conservative (big and small c) state and an incredibly intelligent clockmaker surrounded by idiots, it’s easy to see why John is frustrated. What kickstarts the podcast is his plea to journalist Brian Reed to investigate a wealthy local man who has been bragging around town that he’s got away with murder. From there, the relationship between John and Brian takes the podcast on a surprising and often devastating path.

What makes a great books podcast?

What makes a great books podcast?

The Hit List will be published in ebook six months early!