Why finding your voice is essential for writers

I recently did a talk to secondary schoolers about creative writing. I wanted to tell them a little about structuring a satisfying story and about building compelling characters. But what I wanted to get across to them more than anything was the importance – and the joy – of finding their own voices. 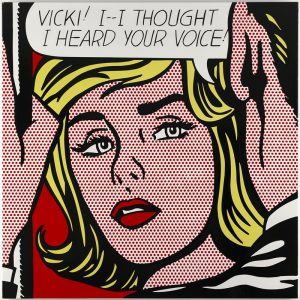 And I put it capitals on my PowerPoint slide, just like that.

When you’re starting out… no, scrap that, even when you’ve got a few books under your belt, it’s hard to resist the urge to write like other people, to let other voices get in your head.

It’s a little like driving, you look to the left and your wheels follow – if you don’t straighten up fast, you’ve skidded off the road. If you allow yourself to be distracted by comparisons, if you allow yourself to think “I should write more like X, their book was a juggernaut” or “I’ll never be as good as Y,” you’re in that ditch before you know it. And you can get back out, dust yourself off and start again, but it’s an altogether more pleasant drive if you stay on your own unique course from the beginning.

We all have our own voice, we start developing it as soon as we can communicate. I have four children, and their speech patterns are all different, their senses of humour nuanced, even the three year old. Lean into your voice, listen to it, cultivate it, don’t mask it. No one can tell your story like you, why hand it over to a bad impression of someone else?

I find the best writing I do is almost unconscious. Like a kind of fugue state, just letting the writing happen without questioning every word or phrase. Think about it, when you’re having an animated, honest conversation, you’re not polishing every word before it leaves your mouth, you’re just talking. Your voice shines through far more then than when you sit down for a formal job interview, questioning and flattening every thought until it’s devoid of personality. Writing is no different.

My third book, Love Will Tear Us Apart, is the one that flowed the fastest and the most naturally. It’s the one I didn’t second guess, I just let it happen. I’m not saying it wasn’t edited, it was, but it needed the least editing of all my books. It came out almost fully formed. It’s no surprise that several early readers (friends) have said almost word for word: “this book is so you”. It is, it’s the one where my voice is the most honest. It’s not about me, but it’s a part of me.

I can’t tell you how to find your voice, you already have it, I just hope that you – like the secondary school pupils I spoke to – allow it to shine.